The Best Currency pairs for Beginners

Most brokers offer major, minor and exotic pairs, and each currency pair reflects the relationship that two economies have with one another. It is advisable to choose a major currency pair because of high liquidity and low volatility, from the list of the Best Currency pairs for Beginners.

What is a currency pair?

What types of currency pairs are used in Forex trading?

Majors are the most popular and most stable currency pairs in the Foreign Exchange market. They consist of currencies from the most developed countries, with stable economies. These currencies are suitable for beginners because of their low spreads, high liquidity levels and low risks.

Features of US Dollar/Japan Yen

Minors exclude the US Dollar, but they include one of three other major currencies, namely the Euro, the Japanese Yen or the British Pound. The spreads of minor currency pairs are usually bigger with lower liquidity, but is combined with a major currency makes them less volatile.

Exotics are unstable and extremely unpredictable because the currencies are from emerging countries with developing economies. The spreads are wide and liquidity is low, but the volatility of markets and sudden price movements offer unique and exciting opportunities to make a profit. Common strategies used are Trend, Breakout or Range trading.

How do I choose the right currency pair as a beginner?

New traders should consider choosing currency pairs from stable economies because of higher liquidity, less volatility and limited risks. When choosing a currency pair, you should research the currencies and their economies, and study their respective charts. More than 70% of all Forex transactions are traded with major currency pairs.

The 8 major currencies with the best trading potential are:

There are 18 core currency pairs in Forex, but there are a total of 27 pairs to choose from. Choosing a currency pair that works for you, will depend on its trading sessions or trading hours, market trends, and the nature of its economy.

Which currency pair is the easiest to trade with?

The EUR/USD is the most stable currency pair to trade with because it is extremely liquid, mostly predictable and has low volatility with tight spreads. It is also the easiest pair to trade and the most popular.

There are also 2 other popular currency pairs that may be easy for beginners to trade with:

As a new trader, you should try to avoid currency pairs that are unstable because of the increased risks, and you should only trade with currency pairs that you have researched. You should choose one of the Best Currency Pairs for Beginners because they are stable, predictable and highly liquid pairs. Popular currency pairs for beginners include the AUD/USD, NZD/USD, EUR/USD and GBP/USD.

Here are our Best Rated Forex Brokers for 2021. 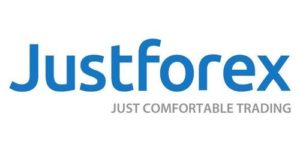